By Duncan Mazza ‘22
Other articles
written by By 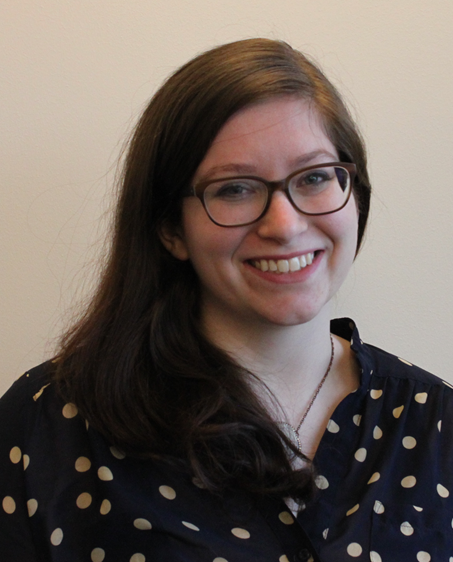 Describing a Facebook post from early 2017, Jessi Murray related her public declaration: “I don’t know if it’ll be this year or next year or four years, but… I’m going to run for office!” Three years later, Jessi would make good on this promise.

Accompanied by her dog, a companion featured on her campaign website, Jessi joined me via Zoom from her home in Washington State’s 43rd legislative district where she is running for state representative. Jessi rents her home, a fact that mirrors a vast majority of the district’s residents and, she believes, is a favorable trait of hers for the campaign. “It’s the most renter-heavy district,” Jessi pointed out; “…people have been moving in and out, the city has changed a lot, and I think people really care about the issues that I’m elevating.” Informing these issues, which include climate change, access to healthcare, and equity and justice, is an identity that goes much deeper than her status as a renter.
As an R2 (Resident Resource) during her senior year at Olin, Jessi led a group discussion for incoming first-years on relationships and consent in which she shared a poignant personal story: while visiting another university as a prospective student, she was sexually assaulted by a student. “It was just the loneliest I had ever felt,” recounted Jessi about the following morning. The incident occurred over 14 years ago, but there are moments when it still affects her to this day. Jessi’s brave account prompted a couple of the first-year students to approach her about their own experiences and share that her story framed sexual assault in a way underscoring that coercion is not consent. Jessi reflected on the group discussion experience as a powerful one that helped her understand that talking about these things reduces stigma and can make a significant difference for others.
Following a Microsoft job offer to Seattle, “…like 10% of my graduating class,” she quipped, Jessi started a career in program management while continuing her role as an activist in her community. For example, Jessi was one of the lead organizers of a rally called Slutwalk Seattle, an event contributing to a global movement combatting rape culture. More recently, she served as a commissioner and co-chair on the Seattle LGBTQ Commission and was an Institute for a Democratic Future (IDF) 2019 fellow. When combined with her work on a Reproductive Health Access for All bill and canvassing to the point that, “…my feet were bleeding through my socks,” calling Jessi an active activist would be an understatement.
“We didn’t have much growing up,” said Jessi about her childhood, adding that both of her parents dropped out of college to raise her and her brother. In addition to parental support, Jessi recognized the importance of public education, union scholarships, and other social safety nets in supporting her along the way. Still, the social infrastructure was not always adequate. A few years ago, she found herself burdened with ballooning medical debt after enduring multiple consecutive health issues, despite having health insurance and paid time off. For Jessi, it emphasized that while she could absorb such an impact, many people could not.
The state of health care is one of several prominent issues that Jessi named as worsening or running out of time to fix: “The housing and homelessness here, like many places, has gotten worse and worse… Our emissions had been going up despite setting climate goals.” The crisis of the COVID-19 pandemic has put a spotlight on many of these issues and, Jessi believes, only supplies further reason to invest in social safety nets. While Jessi had decided to run for office before the pandemic, she had already reached a point where she couldn’t wait any longer for existing leadership to make the changes she wanted to see. “Someone told me, ‘You know you’re ready to run when you can’t not run,’” Jessi described. “And that was the point I had reached.”Jessi’s approach to running her campaign is rooted in understanding the needs of stakeholders and amplifying their voices, especially those whose stories are not often centered. She believes, “That spirit of directly talking to people, learning from them, hearing their story, thinking about what it’s like to be in their shoes… is what’s going to move the needle on making everyone’s lives better instead of just the privileged.” Drawing a connection to Olin’s design curriculum – in particular, Olin’s User Oriented Collaborative Design (UOCD) class – Jessi commented that her takeaway from the design classes was that they taught empathy.  “UOCD was my jam!”
In the years since Olin, Jessi has continuously applied an open-minded and empathetic approach to design and decision-making scenarios. Her IDF fellowship, for example, had her travelling door to door and learning about the problems that the people in her community face. The endeavor continues, although now over virtual town hall meetings instead of doorsteps.
Another salient topic communicated by Jessi was humility. When asked what advice she has for the Olin community, she replied that we must continuously remind ourselves what we do not know and to seek it out. Jessi takes this guidance to heart and conveys a message imbued with sincerity and a desire to elevate the people around her: “It matters that I’m a 32-year-old, queer, renter woman who has had depression and who was sexually assaulted; and that’s not the sum of me, but it matters, that representation. And I am hoping that I can bring those experiences and bring the experiences that I don’t have – that people in the community have – along with me so that our voices are actually heard and prioritized in Olympia.”
Toward the beginning of our conversation, Jessi shared with me that a considerable influence in her decision to attend Olin was its claim of training a new set of leaders for the world. By the end of the exchange, it became clear to me that Jessi is one of them.
Posted in: Post Graduate Planning, olin students, careers, Summer Internships, Summer Experiences, Class of 2022
Tags: olin college, summer internships; olin students, post graduate planning, internships, electrical engineering, class of 2022